Home » The U.S. Physician Shortage Is Only Going to Get Worse. Here Are Potential Solutions 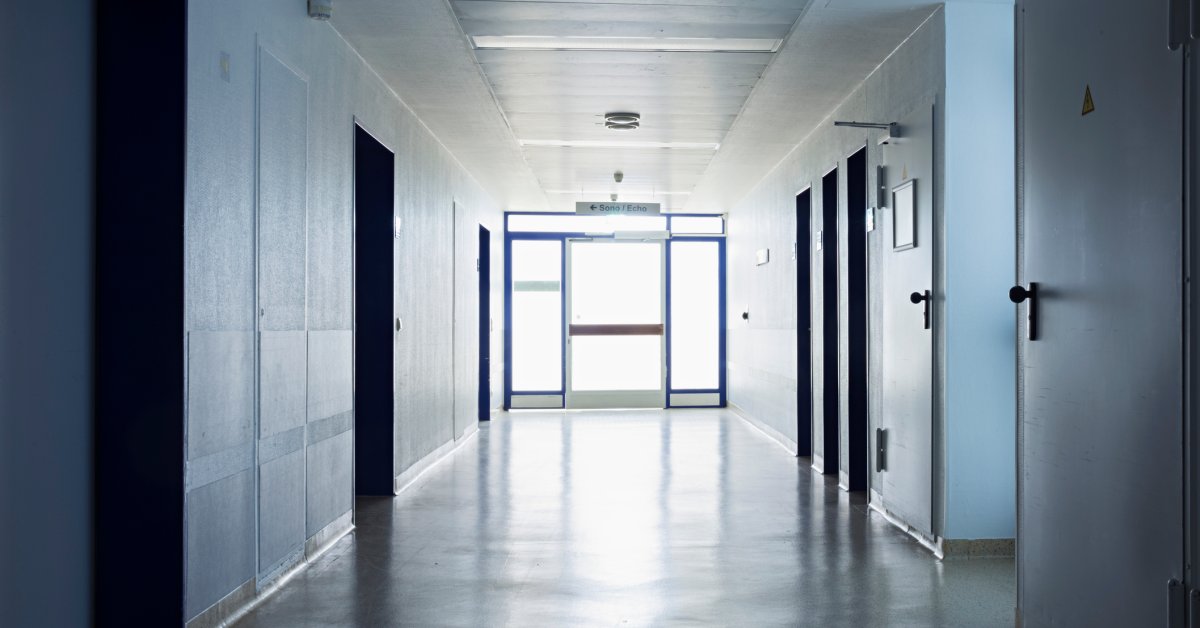 The U.S. Physician Shortage Is Only Going to Get Worse. Here Are Potential Solutions

If you’ve recently had to wait longer to see a doctor than you used to, that may not be entirely because of the COVID-19 pandemic. America is experiencing a physician shortage, and it’s only expected to get worse—a concerning situation that could lead to poorer health outcomes for many patients.

Data published in 2020 by the Association of American Medical Colleges estimates that the U.S. could see a shortage of 54,100 to 139,000 physicians by 2033. That shortfall is expected to span both primary- and specialty-care fields.

“The physician shortage can justly be characterized as a looming public-health crisis,” says James Taylor, group president of the leadership solutions division at AMN Healthcare, the largest health care staffing agency in the U.S.

He adds that the types of shortages and poor access to care that have been common in rural and underserved urban areas for the past few decades will become more common nationwide. “Health care delayed is often health care denied, and a growing number of Americans are going to experience this unfortunate fact.”

How bad will it get?

The severity of the problem varies from specialty to specialty, says Dr. Stephen Frankel, a pulmonologist and the executive vice president of clinical affairs at National Jewish Health in Denver. Neurology and psychiatry, as well as pulmonary and critical-care medicine, are headed for larger shortfalls than some other specialties, which is in part related to the type of complex, chronic conditions America’s aging population must manage.

However, primary care is the largest area of concern. A September 2021 report from the Kaiser Family Foundation noted that 83.7 million people in the U.S. live in a designated primary-care health professional shortage area (HPSA), and more than 14,800 practitioners are needed to remove the HPSA designation.

There are also regional variations to the severity of the problem. “Certain parts of the country—the West and South—will be more affected, and rural regions will be more severely short-staffed than urban or suburban regions,” Frankel says.

That’s bad news for many patients. Dr. John Baackes, CEO of L.A. Care Health Plan, the largest publicly operated health plan in the U.S., says, “If we’re not able to address the physician shortage, more patients will experience delays in access to primary care, a critical component to improving the health of our communities and reducing overall health care costs.” Marginalized and low-income populations will be especially impacted.

Difficulty in accessing primary care puts additional strain on emergency departments, which have been battered by the COVID-19 pandemic over the past two years. “When people are met with persistent barriers to care, emergency treatment can become the option of last resort,” Baackes says.

That increases costs and is an especially big problem in underserved areas where “many patients simply don’t see a physician until their problem becomes critical and they go to the emergency room. This is the least optimal method of providing care,” Taylor notes.

Drivers of the shortage

So what’s causing this dire problem? “It’s hard to point your finger at one thing. It’s kind of a perfect storm of many things,” says Dr. Scott Holliday, associate dean of graduate medical education at the Ohio State University (OSU) College of Medicine in Columbus. These factors are interconnected and complex, and they start with the journey to becoming a physician. They include time, cost, and availability of medical training. For Frankel, the issue boils down to “an increased demand and relatively fixed supply in the physician labor market. Training new physicians is a time-consuming and expensive process, and there are only so many medical schools in the U.S., with so many seats,” and which have not kept up with the demand for physicians.

The requirement for postgraduate training—internships and residencies—has also limited the number of physicians who can enter the field each year. These practical-training periods, which can last for several years after medical school, are required before a physician can begin practicing in a given specialty, Frankel explains. The slots are funded by the Centers for Medicare & Medicaid Services, and no significant expansion in this funding has occurred since 1997. (A modest increase in funding—enough to support 1,000 residency positions across the U.S.—was part of a COVID-19 relief bill passed in 2020.)

Part of the issue stems from the way America’s population is shifting. “By 2035, there will be more seniors aged 65 or older than children aged 17 or younger—the first time this demographic imbalance has occurred in the nation’s history,” Taylor says. This is significant because “older people see a physician at three or four times the rate of younger people and account for a highly disproportionate number of surgeries, diagnostic tests, and other medical procedures.”

This surge in older, sicker patients who are demanding more complex medical care is occurring simultaneously with the aging of the health care population itself. “We’re facing a physician retirement cliff,” Taylor says—with many actively licensed physicians in the U.S. age 60 or older.

For some, the urgency to retire has grown recently, as burnout rates spiked during the pandemic. According to a March 2021 survey conducted by Merritt Hawkins for the Physicians Foundation, 38% of physicians said they would like to retire in the next year.

The health of the nation is also a factor, Taylor says. According to the U.S. Centers for Disease Control and Prevention, 6 in 10 adults have one or more chronic conditions such as diabetes, cancer, heart disease, lung disease, or Alzheimer’s, “all of which must be treated and managed by physicians.” Poverty, unemployment, lack of proper nutrition, poor housing, and other social factors also contribute to the demand for care.

Frankel adds that the expansion of access to health insurance coverage that’s occurred over the past decade means more people can afford to get care. This has also added to the number of people looking to book appointments.

Because the problem is multifactorial, there’s no simple answer to fixing the looming physician shortage. Instead, a robust and innovative multipronged approach will be required. These efforts must include:

Increased funding. Despite the funding challenges imposed by the federal government, some hospital systems have been working to provide more residency slots through other funding sources. These piecemeal efforts have helped in certain areas, leading to incremental changes, Holliday says. But more needs to be done, as they “have not kept up with the population growth in the U.S., and hospitals or medical schools are taking [the cost burden] on their bottom line.”

Debt relief. Student-loan forgiveness will need to be part of the conversation, especially when it comes to lower-paying specialties like primary care.

“I didn’t have wealthy parents when I went to medical school,” Holliday says, “but my student loans were nothing compared to what folks are coming out of medical school with now,” which averages around $200,000, according to the Education Data Initiative. “That’s pretty scary, and that alone frightens a lot of individuals from going into medicine.”

Some states, municipalities, and hospital systems have been using incentive programs that help new physicians pay off their loans to attract talent. For example, in 2018, L.A. Care launched its Elevating the Safety Net program, which aims to recruit more physicians into roles in vulnerable and low-income communities in Los Angeles County. The program includes a variety of recruitment and retention tools, including scholarships, grants, and loan repayment.

A federal funding program that would reduce the overall burden of the cost of medical school is often hailed as a key piece of the solution to the physician shortage.

Technology. Increased acceptance of telemedicine has been one upside to the COVID-19 pandemic. This has extended the reach of some physicians who can now meet with patients in remote locations, as well as those who have mobility or transportation challenges. While telemedicine has limitations and isn’t appropriate for every medical situation, it can help ease the burden on overbooked physicians while providing access to care for certain underserved patients.

Expanding the care team. Moving medicine toward a more multidisciplinary, care-team approach is often cited as a big component of solving the physician shortage. “The primary reason the physician shortage has not had even more impact on patients is that advanced practice professionals, such as nurse practitioners and physician assistants, are filling in the gaps and have taken some of the pressure off the system,” Taylor says. Expect to see more of these professionals, especially in primary-care practices, supporting physicians and extending their reach.

Reducing the paperwork burden. Modern medical billing requires a lot of data entry and paperwork, which may not be the best use of a physician’s time. Taylor says that delegating these less complex duties to other professionals in the practice, such as medical scribes, can free up physician time.

Boosting diversity and equity in medicine. Increasing the number of doctors of color should be part of the solution. “The amount of diversity is better than it was, but still isn’t where it needs to be,” Holliday says. According to a 2021 study in the Journal of General Internal Medicine that was based on 2018 data, 5.4% of physicians are Black. Of them, 2.6% are men and 2.8% are women. Across race and ethnicity categories, there’s still a lot of work to be done to address inequity in the system.

Efforts aimed at improving diversity and equity in all areas of medicine need to start well before a prospective doctor is old enough to enroll in medical school. For example, medical students and residents from the OSU College of Medicine speak at local grade schools in Columbus about pursuing careers in science and health care, Holliday says.

As complex as the physician-shortage problem is, it’s not insurmountable, Baackes says. For example, a July 2020 report from the California Health Care Foundation that used data from 2014 found that 11.2 million people in the state were living in an HPSA. A September 2021 report from the Kaiser Family Foundation found that number had shrunk to about 7.8 million. Baackes says that this 31% reduction from 2014 to 2021 demonstrates that California has made progress in addressing the physician shortage. The state has been implementing many strategies, such as expanding technology, to address the physician shortage. But more needs to be done.“It’s about having the bandwidth to provide good patient care,” Holliday says. “We don’t want our patients to have poor outcomes and to struggle to get the right provider for their needs.”