Home » Here’s where abortions are now banned or strictly limited, and where they may be soon 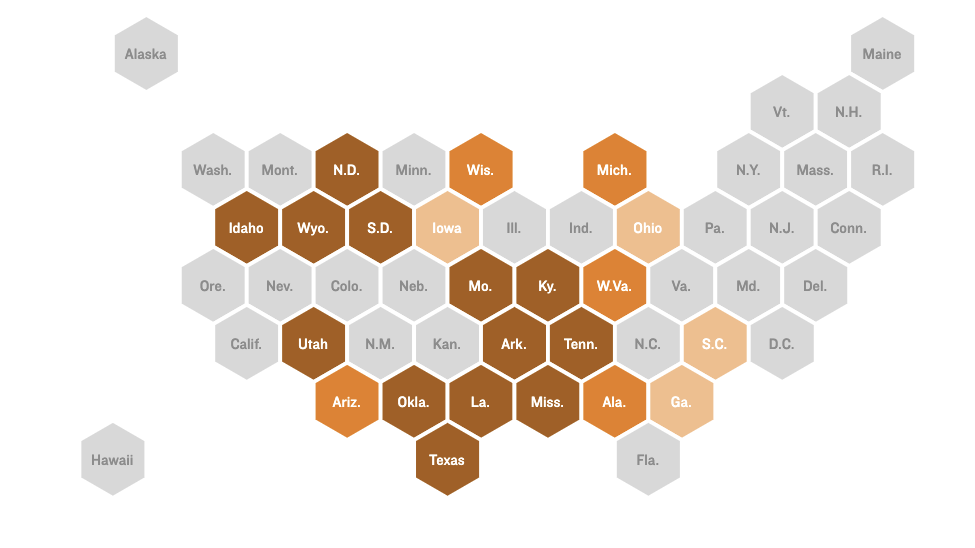 Here’s where abortions are now banned or strictly limited, and where they may be soon

Abortion is now illegal or heavily restricted in at least 11 states following the Supreme Court’s historic decision Friday to overturn Roe v. Wade. Twelve other states have laws in place that pave the way to quickly ban or severely restrict access to them, according to research from the Guttmacher Institute, a group that favors abortion rights. Several additional states appear likely to pass new laws.

The court’s ruling in Dobbs v. Jackson Women’s Health effectively overturned the precedent set by the 1973 Supreme Court ruling in Roe v. Wade, which affirmed that a woman has a right to seek an abortion up until the point that the fetus could be “viable” outside of the uterus. It opened the way for states to enact many laws that were previously tied up in court, and to pass new ones.

Before Dobbs, state laws banning or severely restricting abortion access fell into three broad categories: 1) “trigger bans,” which ban abortion under most circumstances and go into effect with the fall of Roe; 2) pre-Roe bans, which are old laws still on the books that could now be enforced; and 3) more recently passed laws that limit abortion to an early gestational age or ban it nearly totally. Some states had passed laws in more than one of these categories.

Thirteen states had trigger bans, laws that were written to take effect either immediately, by state official certification or after a 30-day waiting period, if Roe is overturned. Once they go into effect, these laws supersede other laws the state may have on the books, such as bans after a set number of weeks of pregnancy, said Elizabeth Nash, a state policy analyst with the Guttmacher Institute.

“The trigger ban applies throughout pregnancy” said Nash. “It does not have a gestational age [restriction].”

As of Friday, trigger laws are already in effect in several states, including Arkansas, Missouri and South Dakota.

Five additional states that don’t have trigger laws did have pre-Roe laws banning abortion which could now be applied, depending on state legislative action or judicial enforcement. (Arizona’s pre-Roe ban has been on the books since before it became a state.)

Numerous states have passed laws that prohibit abortions after an early gestational age, though trigger bans in most of those states trump these. However, among states without trigger laws, four had six-week bans that could take effect, assuming legal challenges against them are dropped. Of those, Ohio’s is now in effect.

Sixteen states and the District of Columbia currently have laws that protect the right to abortion, mostly before the point of fetal viability, according to the nonpartisan Kaiser Family Foundation.

Some states have laws that pre-existed the Roe ruling and have remained on the books, unenforced, ever since. Whether those laws come into force could depend on the current political leanings in those places, said Guttmacher’s Nash, in an interview with NPR last month.

In states like Michigan and Wisconsin, pre-Roe abortion bans are still technically part of state law. But the Democrats who hold the governors’ and attorneys general offices may not be interested in enforcing them, she said. Wisconsin’s attorney general has said he won’t enforce the state’s ban, however clinics that provide abortions suspended services on Friday.

In other states, like West Virginia and Arizona, Republicans may be more likely to press for enforcement or to ask a court to allow previously challenged laws to go into effect.

“I want to stress that this would happen fairly quickly. We’re not talking months and years. We’re really talking around days and weeks,” Nash said.

Bans on abortion after six or eight weeks gestational age narrow the window to access an abortion to a few weeks. The bans that had been passed in several states were previously held up in court, except for Texas, but could now become effective depending on court actions. Ohio’s already has.