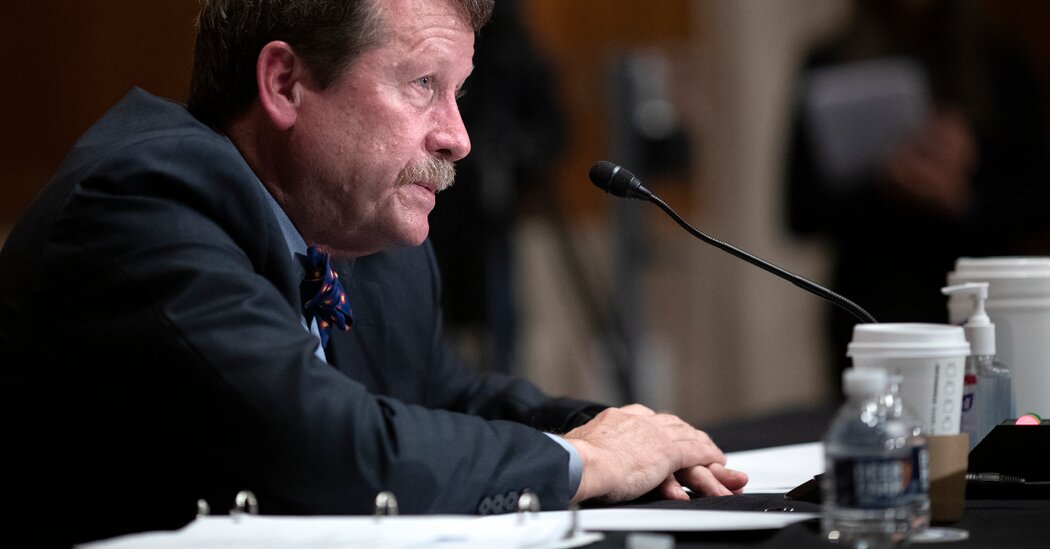 F.D.A. Seeks Outside Review of Troubled Food and Tobacco Units

The Food and Drug Administration has commissioned a review of its food and tobacco programs following public outrage over baby formula shortages and concerns about flavored nicotine products.

Dr. Robert Califf, the head of the F.D.A., said the agency had confronted issues that “have tested our regulatory frameworks and stressed the agency’s operations,” prompting the review announced on Tuesday.

The review will be conducted by the Reagan-Udall Foundation, a nonprofit affiliated with the agency. Its directors include nonprofit, academic, corporate and trade association leaders.

Congressional lawmakers have hammered the agency for its handling of the infant formula shortage, saying it was slow to heed a whistle-blower’s warning about the troubled plant and did not place a priority on food safety. For several years now, the agency has also been under scrutiny for what some have viewed as an inability to curb the teenage vaping crisis.

At a congressional hearing on Wednesday, Dr. Califf defended the agency but said there was still room to examine the structure, funding and leadership of its food safety division that had oversight authority of consumer goods like infant formula.

“We have the safest food in the world,” Dr. Califf told members of the Senate Appropriations subcommittee. “Every expert I’ve talked with — the C.D.C. monitors this carefully — said that our food is as safe as it’s ever been. So to say it’s not working is, in my view, just incorrect. That doesn’t mean it can’t be a lot better and that there aren’t major problems. So, you know, that’s why we’re doing this top-down review and plan to make significant changes.”

Dr. Califf said that the country’s food system was being challenged by supply chain problems and climate change and that it could better embrace the revolution in technology.

The agency is also seeking an examination of its tobacco division and enforcement operations as it faces “an increasing number of novel products that could potentially have significant consequences for public health,” according to a statement. They included highly potent cannabis products, including vapes, that are being tied to addiction and psychosis in teens.

Lawmakers and the public have been pressuring the F.D.A. to take action against makers of flavored synthetic nicotine e-cigarettes in flavors that appeal to young people. Congress gave the agency the authority to remove such products from the market in April, and enforcement powers kicked in earlier this month.

Yet, the agency has said it was reviewing the marketing applications of about one million applicants submitted by about 200 companies. It issued warnings to two companies, which were selling about 10,000 types of vape products without authorization.

Lawmakers and a group of physicians have urged the agency to act faster, though, with a group of Massachusetts General Hospital pediatricians and others calling for “swift action” as more teenagers become addicted to high-nicotine e-cigarettes.

The F.D.A. was caught off guard by baby formula shortages spurred earlier this year after it shut down a baby formula factory over quality and safety concerns. The agency had discovered a deadly bacteria called cronobacter sakazakii inside the plant, as reports began to emerge of infant deaths possibly tied to the bacteria.

Although the deaths were not definitively linked to the bacteria at the plant, the F.D.A. and the Justice Department entered into a consent decree with the manufacturer, Abbott Nutrition, to oversee process improvements at its Michigan formula plant.

Dr. Califf acknowledged that the F.D.A. had limited infant formula supply chain insight during congressional hearings over the matter. The shortages frightened parents of young children and led to hospitalization of some children who were dependent on formula. Since then, the agency has allowed some foreign formula imports and announced changes to help overseas manufacturers gain access to the U.S. market.

Dr. Califf has promised a thorough review of the steps that led to the formula shortage.

The external review by the Reagan-Udall Foundation is expected to take two months.