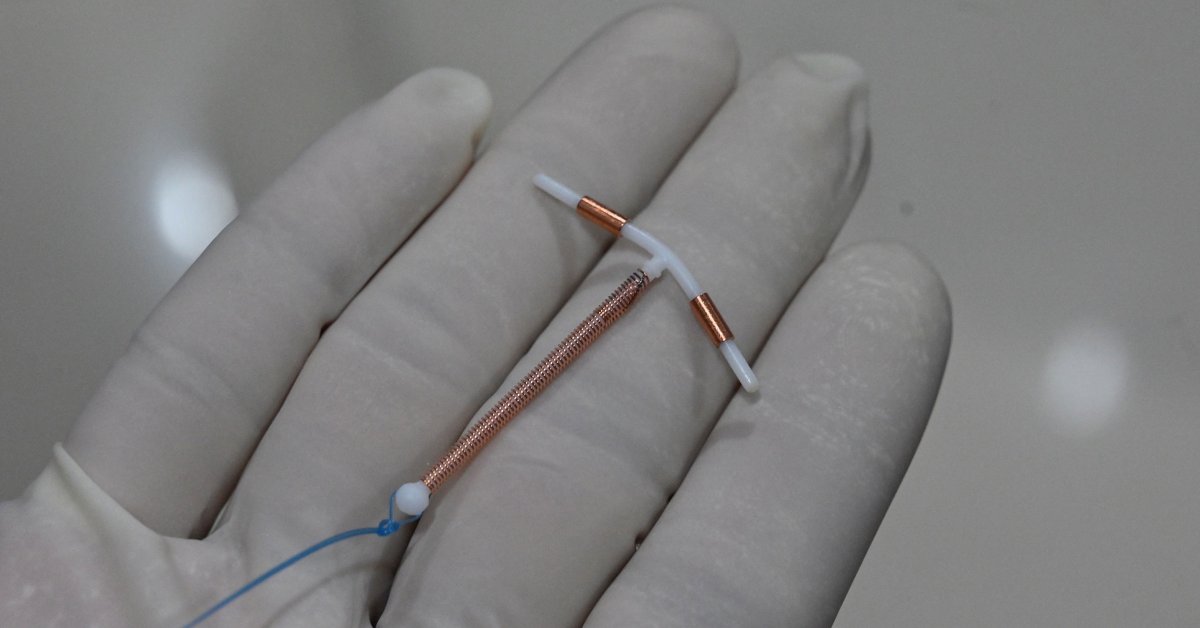 Lauren Robinson has no desire to have an unplanned pregnancy. So after learning that the Supreme Court overturned Roe v. Wade in June—and reading Justice Clarence Thomas’ concurring opinion suggesting that the court should also reconsider Griswold v. Connecticut, the 1965 ruling protecting the right to contraception, she was scared.

Robinson, a 34-year-old post-doctoral researcher, decided that she didn’t want to take any chances that the Court would overrule Griswold when it came back in session—especially since she lives and works in Michigan, a state where abortion rights are now in limbo. Although her intrauterine device (IUD), a type of long-acting reversible contraception, wasn’t due to be replaced for another year, she scheduled an appointment to have a new one inserted immediately. “The beauty of an IUD is that it’s good for 10 years,” she says. “It practically guarantees that I won’t have an unplanned pregnancy for my remaining—or the majority of my remaining—reproductive years.” She thought to herself: “Why wait?”

Robinson is far from the only woman seeking to maintain control over her reproductive health in the aftermath of the Supreme Court’s decision. Now that abortion is either no longer an option or under threat in half of U.S. states, many people are taking steps they otherwise might not have to make sure they don’t get pregnant—and ensure they’re protected in case birth control methods become unavailable in their state. According to a new survey conducted by the Harris Poll on behalf of TIME, about 21% of U.S. women reported changing their primary contraception method in the preceding month.

The poll, which surveyed 1,686 people from July 15-18, found that 65% of women ages 18 to 44 used birth control over the last month, while one fifth reported changing their primary contraception method in the preceding month. Oral birth control was the most popular (28% currently use it as their method), followed by wearable contraceptive devices like condoms and diaphragms (23%), and contraceptive implants and IUDs (17%).

Health care providers across the country also say that the fall of Roe has led to a surge in demand for birth control—especially emergency contraception like Plan B, long-acting reversible contraceptives like IUDs, and procedures including sterilization. Dr. Diana N. Contreras, chief health care officer at Planned Parenthood Federation of America, says that from June 24 through July 14, the organization had a 21% increase in birth control appointments overall, including a 41% increase for IUD appointments. Nurx, a company that provides birth control pills through the mail, has reported a surge in demand for emergency contraception. After the Supreme Court’s decision in June, 10 times as many people ordered Ella, a single-dose emergency contraceptive that prevents pregnancy for up to five days after sex, compared to previous months. The number of customers purchasing Ella who were also buying a long-term birth control prescription, such as a daily birth control pill, from Nurx doubled from 30% before the decision to 60% after, according to Julia Bernstein, head of strategy at Thirty Madison, the health company that operates Nurx.

“People are very anxious, and people are very confused,” says Dr. Jessica Rubino, a consulting physician for Nurx and family medicine physician who provides abortion care in Austin. “It’s hard to know what sort of legislation is going to stick at the state or national level.”

Residents of many states may be concerned for good reason. In Missouri, for instance, lawmakers have already shown willingness to limit contraception; in 2021, state senators voted to prevent Medicaid from paying for popular contraception methods, including IUDs (although that version of the bill was ultimately not passed). “Folks, I think, are appropriately assessing this moment as a crisis in sexual reproductive health care, and they are looking to protect themselves in any way that they possibly can,” says Dr. Colleen McNicholas, chief medical officer for Planned Parenthood of the St. Louis Region and Southwest Missouri.

Read More: What to Know About Abortion Pills Post-Roe

McNicholas and Molly Kunzler, a nurse practitioner who works for Planned Parenthood in Gladstone, Missouri, say they have seen a large increase in demand for long-acting birth control methods. Kunzler adds that more patients than usual have also asked to replace IUDs early or requested the longest-lasting contraceptives—including the Paragard, an IUD that can last for more than a decade, which she says have typically been less popular because they can be more uncomfortable, at least initially. “They are concerned that they’re going to lose access to birth control in general,” says Kunzler. “[Patients] tell us on a daily basis that they’re worried if they don’t get it now or get it soon, they won’t have access to it later.”

McNicholas says that she’s observed an increase in demand not only for birth control, but also for sterilization—surgical procedures that permanently prevent pregnancy in both women and men. Some patients have told her that “they’ve been certain about this decision for some time, but now are feeling particularly motivated to get it done quickly,” she says. Meanwhile, in Arizona—where Planned Parenthood has ceased providing abortions amid uncertainty about their legality—Dr. Jill Gibson, medical director at Planned Parenthood Arizona, says the local call center has had a surge of calls about sterilization, including among younger people.

It’s not just her patients who are nervous, says Gibson. At the two facilities where she works, she’s provided four IUDs for staff members over the last few weeks. “Even within our staff, we’re seeing a real sense of urgency to secure effective contraception while we still can.”

However, women who don’t want to get pregnant aren’t the only ones who are exploring long-lasting birth control. Gibson says that some of her patients and staff members who had hoped to have children over the next few years have decided “this is not a safe time to do that.” In particular, she says, her staff members are conscious that many things can go wrong during a pregnancy. What if there’s a fetal anomaly? What if the parent or fetus were to develop a dangerous health condition? What if a doctor interpreted a miscarriage as an attempt to end a pregnancy? In many states, the answers are still unclear. “There’s really intense fear about what’s going to happen,” says McNicholas.